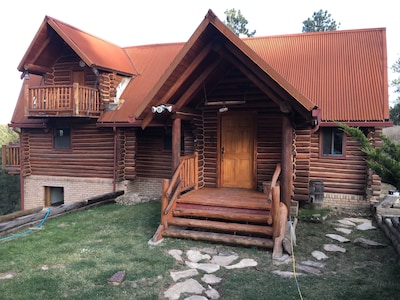 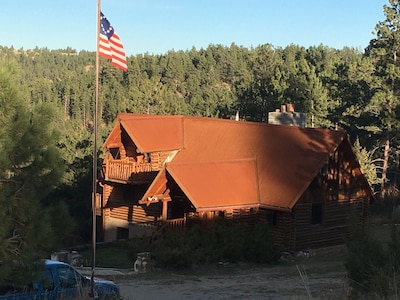 Ask a question
Member Since 2006
Michael Janovsky, Owner is a Premier Host·They consistently provide great experiences for their guests

I am a retired Construction Superintendent, starting out as an apprentice carpenter in 1971 after 4.5 years at Indiana University. In 1976 I bought 10 acres outside of Columbus with the anticipation that I would be able to have a "finished" cabin in about 5 years. That was over 44 years ago, and I am still working on the place. I now figure that it will be "completed" the day after I die. I moved away from Montana in 1990 as a result of the poor economy, first to the San Francisco Bay Area, where I stopped by to find a wife, and in 1992, again moved even further away to the Big Island of Hawaii where we still live. I began The Hermitage as a retirement home for myself, but now that I live in Hawaii, I can't decide where to end up, so while I still can, I enjoy them both. The last several years I have been hitting dozens of antique stores, outfitting The Hermitage in ever nicer antiques. In 2014 I secured several pieces that really belong in The Hermitage. As space is limited, I find myself "trading up" as far as antiques are concerned. Also in 2014, I bought two Fredrick Remington statues, one busting a bronco, and the other entitled "The Mountain Man." I have since added a great buffet, a magnificent European hall tree, and a beautiful fancy secretary. Here in Hawaii i spend my retirement beating back the jungle, tending to my fruit trees, and forever remodeling and building. Here too, the project will be complete either when I sell the place or, as is the case with The Hermitage, the day after I die.

Ever since I moved to Montana, everyone always spoke highly about the beautiful Stillwater Valley, the Absarokee region in particular. When an old friend of mine bought a place up on the undeveloped Upper Hawk Valley Road, I fell in love with the forest, the seclusion, and the wildlife, so I had to buy a piece for myself. I was 27 at the time.. There are several Montana Fishing Access Sites within a few miles along the blue-ribbon trout stream that is the Stillwater River. Also, as I was really into white water rafting and kayaking, and the Stillwater and Yellowstone Rivers are just great.

I took great pains to design and build The Hermitage with a goal in mind that it would be "time zone transitional," that it would take one out of the 21st century and gently transport you back to a simpler, slower time. When I'm up there, I make an effort to sit and relax in various areas, since each room has its own ambiance. The living and dining room is furnished with "Old West/Settler, late 1800's" in mind, while the den is more "Trapper/Indian Style." Both rooms are decorated with many fur pelts; mink, otter, beaver, coyote, martin, muskrat, racoon, fox, nutria, wolf and bear. The basement, with its sofa/hide-a-bed, is done in old barn boards, with an old barbed-wire display and a rusty gold pan that has a great wood burning stove. It also has two large windows, as well as a separate exterior door. There is a guest book at The Hermitage and I go through it each season, and it seems to be a consensus that meals and relaxing with a cup of coffee on the back deck is a favorite pastime. Numerous honeymoon couples have chosen to begin their lives together visiting The Hermitage, and other guests spend their time reading and recharging. The change in scenery, actually, the relocation back to another century has its own therapeutic effects.