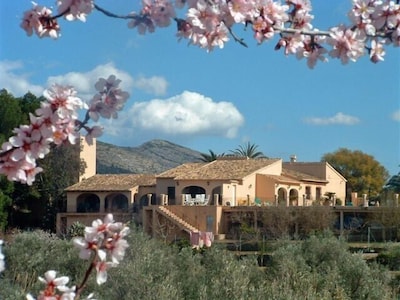 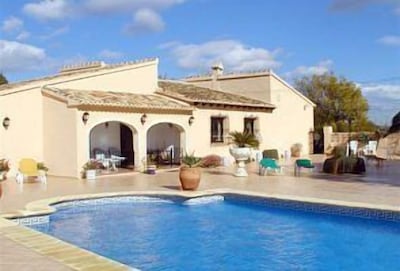 Derek and Penny Cornthwaite are British. Derek lived internationally for many years in the UK, Hong Kong, the USA and Canada - during which time he also became a Canadian citizen. For ten years he was Chairman of a company involved in agriculture in Spain - so is familar with all parts of Spain. Penny is a linguist. She speaks Spanish and French as well as Portuguese, German and Japanese. She taught languages until she retired as an Oxford Fellow and college administrator a few years ago. Both are interested in Opera, Ballet and Theatre and in international travel. Penny is also interested in archaeology particularly of the Roman period. They love Spain and its fascinating history. They also have a 300+ year old home in the Cotswolds in the UK and an apartment on Lake Como in Italy. They run Finca La Asmoladora together as a hobby - life style business. Derek purchased this finca / country house in 1999

Just over 20 years ago, Derek and his first wife, searched for a large old finca estate to use as their Spanish home for part of the year. They found Finca La Asmoladora at the mountain end of the beautiful Jalon valley. It was Valentine’s Day and all its hundreds of almond trees were covered in incredible pink and white blossom - the finca looked idyllic. They fell in love with its charm, its history which dates back to Roman times, its terraces of almonds, oranges, vines and olives, its spectacular location with mountains on three sides and its perfect peace and tranquility They recognised that the finca, which had been neglected for a number of years, could be gradually converted into the spectacular and lovely country estate for themselves and their guests that it is today. Derek's first wife died some years ago. But their project of careful and sympathetic restoration and improvement which started that February day long ago, continues today as an active and ongoing project of love for Derek and Penny.

The finca is an excellent and unique base for groups large and small to combine sea, beach and sporting activities with riding (horses or mountain bikes), walking, biking, climbing, driving or just roaming the surrounding mountains. The finca has its own excellent hard surface tennis court, basketball and outdoor table tennis facilities - racquets/bats/balls all provided. There are also rentable mountain bikes. The valleys lined with fruit and almond trees - an endless sea of pink/ white blossom in spring - and the unspoiled mountain pueblos are a delight to explore. There are two safari parks a short drive from the finca and 45 mins away, a wide variety of theme parks in Benidorm. The family resorts of Javea and Denia - 30 mins away - both have a wide variety of beaches, coves and caves to explore and fascinating historic centers.