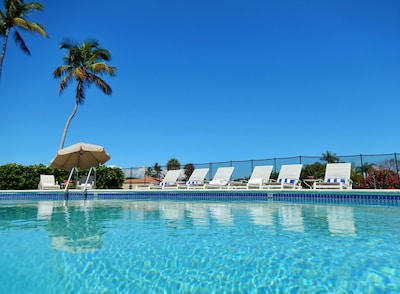 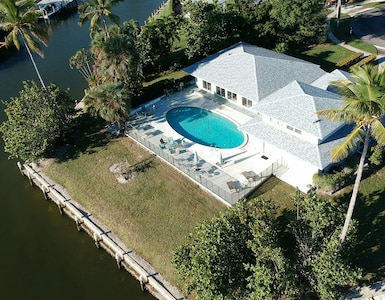 My uncle moved to Marco Island when it was being developed in the late 1960s. He chose this island versus other parts of Southwest Florida because it has the best weather and most sunshine and couldn't understand why everyone was developing elsewhere. The beautiful powdery white sand beaches on Marco are some of the best in the United States. I like the fact that although the island is only 4 miles by 6 miles it is accessible by two bridges and has all the modern amenities without being crowded. There is a wonderful feeling being in Marco Island. I chose this house because of the unique layout and the history of the home. Back when the island was being built there were 5 phases of development. The 3rd, 4th and 5th phases were stopped when it emerged that the 4th and 5th phases were going to destroy valuable mangroves. The developers then lobbied Washington and Richard Nixon himself to broker a deal to allow the development of the 3rd phase as long as they didn't develop the 4th and 5th phases. The house was built for Richard Nixon who stayed here during his visits to Marco Island.

Amazing Pool, Views, Location & Layout on Marco - Free WiFi, Movies & Calls Although most people come to Marco Island for the beaches we consistently get the comment that most people loved the idea that they could completely relax at the house without having to go anywhere. With the unique layout guests have the flexibility to get up when they want without disturbing others, make meals when they want, go fishing, layout at the pool on the beautiful sundeck, visit in the living room while watching the kids swim in the pool, check their emails while laying out by the pool (if you call this a vacation) or spot dolphins or manatees from the backyard. Everyone can move at their own pace without disturbing others - a true vacation for all.