View all Province of Seville properties 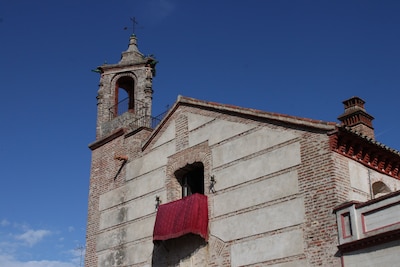 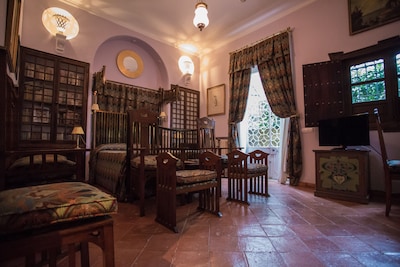 Manolo Morales, entered very young at the Academy of Arts of Venice, a merit that very few get. He worked for two years at the Metropolitan Museum of New York, Department of Management, organizing exhibitions such as Van Gogh, Zurbarán, scenery of Andres Segovia and others. He has done work in many countries, Italy, Monaco, Portugal, United States ... It has been recognized in January with the cover of Interview magazine Andy Warhol and Gerard Malanga in the United States, being a celebrity in the world of decoration. He was elected European of the month in New York by the Junior International Club of NY.

purchased this Castle in 1997

San Benito was built as a hermitage by the order of Calatrava in the end of the XV century. Situated within the entrance of the Sevillian village of Cazalla de la Sierra, in its origin it served as a hospital for pilgrims in their way to Santiago. After the earthquake of Lisbon, in the beginning of the XVI century, the tower-facade and the apse crumbles and is subsequently reconstructed under the direction of Martín de Gaínza and son, finishing with the existing triangular tower, the oldest example in Andalusia.The facade was designed by Hernán Ruiz II, in brick of Triana with a quality fine finish. Reconstruction work was finished in 1576. Manuel Morales de Jodar acquires the property in 1997 jointly with Carlos Marañon, both initiating the restoration and new construction of the actual building. The many years it was abandoned, the distinct uses it was dedicated to after its demystification, made it a difficult and costly recuperation. Elements of a familiar palace, crumbled years back, supplied an assortment of materials used in the newer and adjacent construction, thus resulting in no difference between the new and the primitive, of which the original elements of different epochs conform the history of a new building, with the comfort and technology of the highest grade and the quality of handcrafted arts, of long ago. The spirit of this building resumes in comfort, beauty, history and technology.

What makes this Castle unique

It's an ancient Palace, so it is really unique. It has been decorated with special care and good taste by the owner, Manuel Morales, an international decorator.