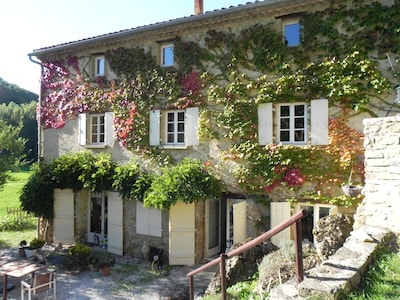 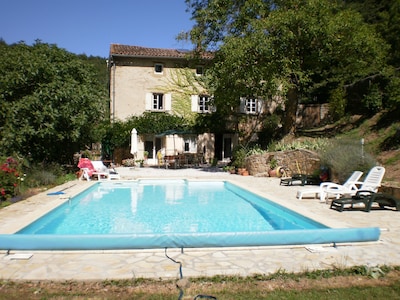 I'm from Manchester and I've been living in Barcelona for the last 20 years. We used to spend our holidays travelling around France and renting beautiful houses, until we finally decided to buy one. Now I dedicate most of my free time to the upkeep of our house, a labour of love!

The house chose us, it really did. It's much bigger than we wanted, it was way over our budget and more secluded than we would have liked. We were blinded by love from the first photo we saw of the house. So much so that we decided that we would make an offer on our first viewing. We didn't because the house was in a much worse state than we had imagined. However the house just would not let us go and we kept brooding over it until we decided to go and see it again. There were lots of little signs that kept niggling away at us, for example; in the kitchen a previous owner had drilled 2 letters into the wall, KD, the first letters of my surname and my wife`s surname. Just a coincidence but a fateful one. It was raining the day of the second visit and we discovered some pretty bad leaks, the agent assured us that we would get a reduction in the price to cover the repair (one of the bigger jobs I ended up doing) and so the negotiation began. Finally they accepted the highest price we could afford and so the work began.