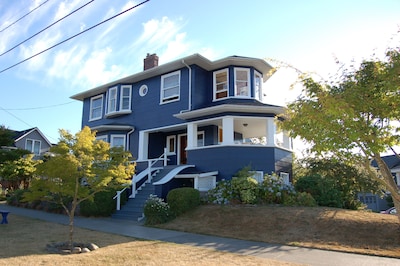 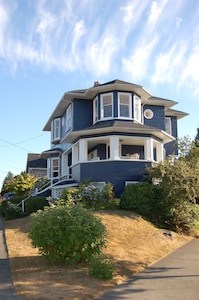 I was born and raised in Northern England before immigrating to South Africa at the age of 15. While back-packing around Europe in 1994, I worked a summer on the island of Mykonos where I met Nick, my husband. Nick was born and raised in San Jose, CA and went to school on the East Coast in Rhode Island. We married and settled in Seattle in 1997 and raised our 3 children in this home. In 2012 we relocated to San Jose, CA. Seattle and this home have a special place in our hearts which is why we like to share it with guests so they too can experience just how special it is.