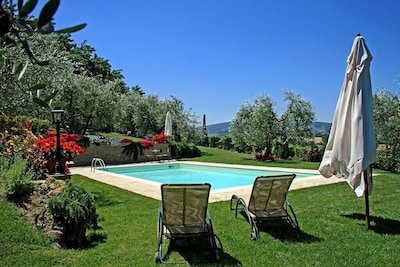 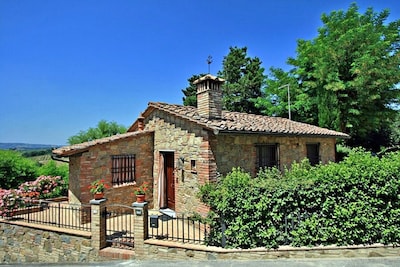 The region is located in the central, western part of the country, north of Rome and south of Genoa. It is bounded by the Apennine Mountains to the North and East, the Apuan Alps on the north west and by the Tyrrhenian Sea on the West. From the Etruscan to the Romans to the Renaissance, Tuscany is possibly the greatest repository of art in the world, from extraordinary paintings and sculpture to frescoes and architectural masterpieces. Tuscany: a row of cypress trees breaking the blue sky on a rolling hilltop. Olive groves and grapevines marching tidily down the side of a slope. Little medieval hill towns gazing down upon a country that has been carefully cultivated. The Chianti area, between Florence and Siena, is one of the most beautiful countrysides in Italy and a famous wine production area. San Gimignano rises on a hill (334m high) dominating the Elsa Valley with its towers. The town increased in wealth and developed greatly during the Middle Ages.

Hosted by Villas In Med

Ask a question
Member Since 2011
Villas In Med is a Premier Host·The owner or manager of this property consistently provides great experiences for their guests.