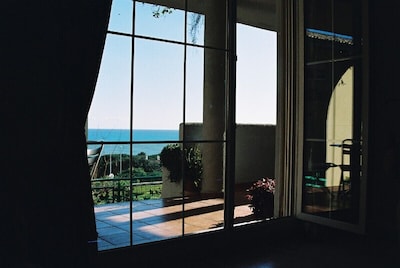 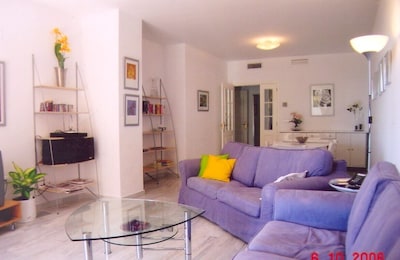 We decided to buy a second home and use it primarily during the winter months. We spent some time in France, Portugal and Spain before making a decision and the decision was based on a lot of facts. We enjoyed walking and the beaches are surprisingly quiet and superb for walking, it is near to a lot of well known historical towns such as Granada, Seville and Cordoba. Because of its location near Marbella, the area is vibrant and active.

The apartment was bought and furnished as a second home and is therefore much up on the normal rental property. We found this location quite early in our search but decided that the price was too high. One year later we still hadn't seen another we liked as much and returned to buy this. We have never regretted the decision. We wanted a property that had the advantage of being able to walk to the sea, with good views and the location of this remains one of its biggest selling points. It is also a large and well appointed property with good storage compared with most of the other apartments on the market. We also liked the fact that being a corner property we had good natural light in the bathrooms.

The closeness to the marina and Mediterranean sea. From the terraces you can see the coast of Africa and watch the shipping through binoculars we supply. The sun going down over the sea as a golden ball always delights me. There is a board walk running along this southern coast which guides you to beaches both busy and quiet to suit your own requirements.