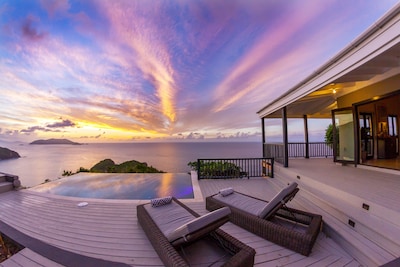 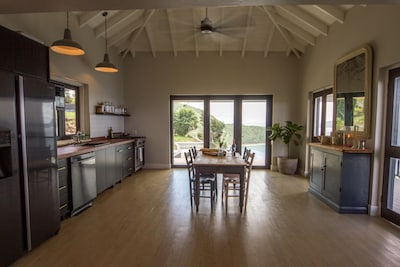 Jessica is a native born Tortolan while Ben is originally from Cornwall in the UK. We live a few miles along the coast from Kerensa with our two children.

Ben Bamford purchased this Villa in 1998

We bought the land in 1998 because of the seclusion and the amazing views and then built the house a few years later. We originally planned to build several villas on the large plot but loved the fact that Kerensa was so private that we decided to keep it that way.

Apart from the stunning view one of the main features is the absolute privacy and seclusion. The spectacular sunset reflections over the pool can be surreal at times and quirk of it's geographical position and local weather patterns means that a rainbow will often form briefly in the morning over Anderson Point just in front of the house. Its a nice way to start the day.