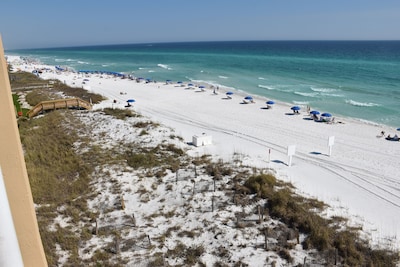 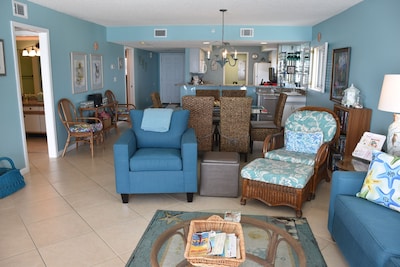 Ask a question
Member Since 2000
Roland or Pat Guidry, Owners is a Premier Host·They consistently provide great experiences for their guests

About Roland or Pat Guidry, Owners

I was the one who initiated, named, planned, designed, marketed, and managed Destin Gulfgate condo, as well as being one of the developers. And as one of the developers and the designer, I made unit 401 unique. It is designed as two separate private suites and is one of a handful on units with both a 6' jacuzzi tub in one bath and a 6' walkin shower in the other. 401 is also a corner unit with more privacy and side windows.

Destin, Florida has the most beautiful beaches in the world. Also, every unit directly faces the beach and the building is closer to the water than any other condo other than those built 35 years ago when building could be placed closer.

460 feet of beach for only 65 units of which a little over half are vacation rental units. Close to everything, including walking distance to the Back Porch and Grazzi restaurants.